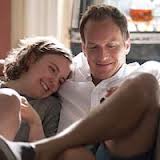 She’s been my hero these last few weeks, Lena has. In case you’re asking Lena Who?, 26-year-old Lena Dunham is the creator, director and star of her own series, HBO’s Girls, about a group of twenty-something females and amusing male counterparts of varying backgrounds, attributes and problems, sharing what is presented as a contemporary female experience. A “Sex in the City” without the bling kinda thing.

As if her creative vision is not impressive enough (never mind her head-longing it into the typically gender bias world of film directing), she’s redefining body image with each episode of Girls. The visionary knows how to stir it up. She flashed her less than culturally approved, nearly nude body in “Crackcident” (S1, E9) for which she received ample press and commentary. Last Wednesday, 2/13, she made “The View’s” hot topic segment as they discussed the controversy surrounding her latest episode. Here’s the controversy: she dared to pair herself with a fit, attractive character which (get this) clearly couldn’t happen in real life because she’s no Size 0. Patrick Wilson, Carnegie Mellon trained hottie, plays a recently separated doctor who meets Hannah (Dunham’s character) while ranting about his trash in the local coffee shop where Hannah hangs.

I’m trying to think of the last time a full-figured man was paired with a model-esque woman and people rose hell. Perhaps I’m coming up blank because it doesn’t happen.

Bodies come in all shapes and sizes. Last week, loving your body was on my mind. This week, having a visionary director play that conversation out in the national consciousness gives me hope that we, as a culture, are evolving.

This doesn’t mean that if we are carrying around lots of extra weight (which is obviously not healthy on our bodies) that we should pop another donut and flip society the bird. It just means that we come in all sorts of shapes and sizes, we are all in different parts of the process of getting to our own healthiest selves, and that respecting ourselves and others is a key part to our evolving humanity.

I'm on an adventure to bring happiness, relaxation, and some shine to a stressed out world. You might call it a Divine mission. Covid Season 2020 has taught me some important lessons about myself and about you, but most importantly about US. I have written about those in a book called Shine: When Chasing Sacred Spaces Goes Dark which came out December 2020 and hit #1 Bestseller in 7 categories out of the gate thanks to my readers. Right now, I'm blogging about fun, food, and wine at jamieweilwrites.com and sharing spa secrets I've been wanting to share FOREVER at spaguidesecrets.com. Stay tuned and get your robes ready. Home base: www.jamieweil.net
View all posts by @jamieweil →
This entry was posted in body image, conscious living, diet, health, healthy living and tagged body awareness, Body image, Carnegie Mellon, female directors, HBO, Lena Dunham, love your body, Patrick Wilson, respect your body, Sex in the City, The View. Bookmark the permalink.

4 Responses to Lena Dunham, You Rule!