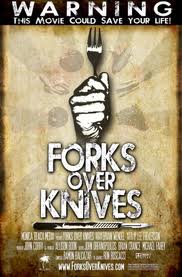 When I was about six, my dad,  a cattle rancher at the time, would take me out at dawn in the pick-up truck to traverse the ranch. He drove, and I rode in the back, shoveling hay off the tailgate as we approached various groups of cattle.

One day, Dad said, “Hey, there’s a new calf. You want to name it?” I immediately fell in love. It had black and white markings on its face with a pink nose. He was simply adorable. I named him Bandit.

When I came to the ranch on weekends (divorced parents), I’d visit Bandit. Then one day, Bandit wasn’t there. (Think Wilbur in Charlotte’s Web, but without a spider–or Fern–to save him.) My dad said we’d eaten him for dinner the night before. That’s just how the world works, he’d said. The sooner I learned that, the better.

That experience stuck with me.  Fighting what I was taught was “Just Life” seemed counterproductive. I grew up in rural America where the high school offers ag science, many of my friends raised animals that would be sold at the fair then slaughtered, and every other family raised their own meat. How could I, a rancher’s daughter, be a whiny baby and turn my back on “Just Life”?

But when I see movies like “Forks over Knives” that’s exactly what I want to do. What made this documentary so poignant for me was that both the doctors in the film come from ranching backgrounds. They grew up on farms with the same messages as I got as a child. As adults, however, they have looked at the messages from a nutritional, scientific, and political perspective, and both opted into a Vegan world of whole foods sans animal products.

Our culture has been fed certain messages about animal protein. The beef and dairy industries both have seats on the national advisory board for the food pyramid and are very powerful forces in determining the public perception of what we need to eat. My husband and I even watched an interesting Law & Order: SVU episode called “Beef” (S11, E20) about an investigative journalist delving into the practices of the meat-packing industry. (She got her throat slit, p.s.)

This documentary suggests that we’ve been dished up a crock. We do not need animal protein and milk does not (as advocated by the dairy scientists) make bones strong, but rather breaks them down. It’s worth looking at the science.

I find this fascinating. Minimally, something to follow up on. The scientists on this documentary espouse that indeed we are what we eat. In a world with so many Vegan options, it might be a fun experiment to test them out simply by substituting that filet with some sprouted tofu  in your summer veggie stir fry. Who knows? You might just love it and live longer because of it.

In the end, my dad lay dying of cancer. He wouldn’t touch meat. He no longer had a taste for it, he said. I couldn’t help seeing the irony in that.

I'm on an adventure to bring happiness, relaxation, and some shine to a stressed out world. You might call it a Divine mission. Covid Season 2020 has taught me some important lessons about myself and about you, but most importantly about US. I have written about those in a book called Shine: When Chasing Sacred Spaces Goes Dark which came out December 2020 and hit #1 Bestseller in 7 categories out of the gate thanks to my readers. Here, we begin a new adventure with Kai, our 103 pound lab, at the center: The Kai-nection. Dogs are the equalizers of all. (Home base: www.jamieweil.net)
View all posts by @jamieweil →
This entry was posted in conscious living, diet, health, healthy living, Uncategorized and tagged food pyramid, Forks Over Knives, Law & Order: SVU, meat eaters, Norwegian diet study, ranch life, vegan, vegetarian, whole food. Bookmark the permalink.

2 Responses to Forks Over Knives