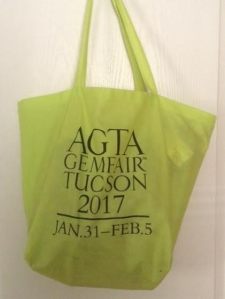 From the time I was six, I was fascinated with shiny rocks. My mom got me a rock tumbler for my birthday and I spent the days gathering rocks along the creek bed that I would take home and pour in the tumbler. The thunk-de-thunk-dunk sound the tumbler made was music to my ears as it echoed through the garage annoying everyone else (probably for miles around because it was really loud.) But I knew in a few weeks my rocks would come out shiny and smooth. That made it so worth it.

When I discovered crystals later in life, I became fascinated with those, too. When my kids were younger, we bought a crystal growing kit, or grew them in those fish tanks and marveled at the daily progress. I studied the properties, how people believed they carried certain energy frequencies, and how they’d been used for many years by indigenous people for healing. I read about the legendary Atlantis and how it had operated on crystal technology. I fantasized about hiking down into caves, cracking open the rocks and seeing amethyst stretch as high as the sky. I told my kids stories about crystal caves and led them through guided meditations to discover their own.

You can see, then, why my son, a professor at University of Arizona, has been saying, “Mom, you really need to come to Tucson during the gem show.  It takes over the whole city.” This year, I finally made it.

When I arrived to my son and his partner’s house, they had gathered a welcoming basket full of Tucson goodies: kombucha, kale chips, hipster protein bars, a cool looking scarf for the cool Tucson nights, a welcoming card with my favorite hummingbird in jewels, and various 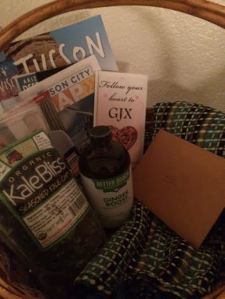 gem show maps. It is a proud parenting moment indeed when you realize your own child is perhaps one of the most thoughtful hosts you’ve ever had. I popped open the map, downloaded the app (which we all decided needs improving), and set out to strategize tackling this bigger than life show with my little angels.

Picture this: city hotels taken over with white, farmer’s market looking tents. Not only in the courtyards, nestled amongst the orange trees and dinosaur displays,

but also in rooms emptied of furniture and filled with glass cases and little crystals priced out at $5,000 or more.

At the Tucson Inn, each room had a theme name listed on a plaque outside the room. Some had incense pouring out, others had food smelling of curry and hot pepper. Some were filled with fossils, some with raw rocks soaking in water, some with polished stones, some with crystals, some with jewelry, some with clothing and original art. The list goes on.

At some point, going into people’s make-shift crystal store hotel rooms got a little weird, especially if they were eating. It’s kind of that feeling you get when you crash a wedding because they have great music and you feel like dancing. (What? You’ve never done that?) It just feels a little cramped and intrusive in some of those rooms. 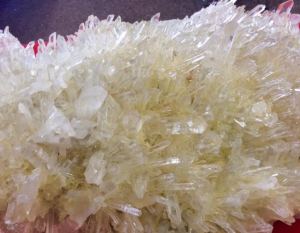 We asked around at the Gem Shuttle and a lady from China wearing a fancy name badge sent us to the Convention Center and a place across the street from that center. (Lost in translation was that we were not wholesale buyers.) There, plenty of retired Tucson police let you know if you weren’t wearing one of those sassy badges, you weren’t getting into this part of the gem show. (Apparently there are a few weeks that are wholesale before the sellers open to the public.)

The hierarchical feel of the badges (the VIBs at the top of the food chain) felt so un-Gem Show like. Nothing so plebeian as the hotel scene. We didn’t get into the main part of the Convention Center because of our non-badged status, but were told there were 2,000 booths in that area. All was not lost, however, because we did secure that sassy green bag in the top of this blog. Now, you can plan your next year’s event as 2017 is apparently already under way and printed on bags. Talk about organized. Clearly, I’m not the only one who loves rocks.

We did find huge warehouses which had been turned into a housing station for hundreds of booths. Food trucks selling things like Acai bowls lined the outsides. Inside, vendors from all over the world (Grass Valley, California to Brazil to Madagascar to the Arkansas crystal fields and everywhere in between) were represented. Jewelry made from a variety of crystals, stones and natural materials to the ever popular crystal skulls. (We found some awesome ones made out of rose quartz from Brazil, like Harry here.)

We spent three days hitting up different sections of the Tucson Gem Show. From hotels, to Convention Central to the outlying warehouses, the Gem Show takes over Tucson for sure. Being in the presence of all these crystals made me punchy. Especially, these ginormous pieces of material you see below. I kept trying to figure out how they moved all the pieces in. Do you see this amethyst? It’s two stories high!

And as we went through, crystals as far as the eye can see…

I realized how connected we really are. How many gifts the earth gifts us…How impressive and powerful and magnificent.

I also was reminded that the true gems are those we love and make time for on new playgrounds of life, like these two snow angels waving their wings on the back of Mt. Lemmon. They are my true angel aura Tucson gems. 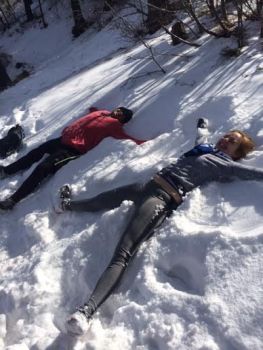 I'm on an adventure to bring happiness, relaxation, and some shine to a stressed out world. You might call it a Divine mission. Covid Season 2020 has taught me some important lessons about myself and about you, but most importantly about US. I have written about those in a book called Shine: When Chasing Sacred Spaces Goes Dark which came out December 2020 and hit #1 Bestseller in 7 categories out of the gate thanks to my readers. Right now, I'm blogging about fun, food, and wine at jamieweilwrites.com and sharing spa secrets I've been wanting to share FOREVER at spaguidesecrets.com. Stay tuned and get your robes ready. Home base: www.jamieweil.net
View all posts by @jamieweil →
This entry was posted in awakening, conscious living, friends, healthy living, Inspiration, metaphysical, travel and tagged amethyst, angel aura, Atlantis, AZ, crystals, Mt. Lemmon, rose quartz, The Tucson Gem Show, Tucson, University of Arizona. Bookmark the permalink.

2 Responses to The Real Tucson Gems: My Snow Angels